The secret to a long life may lie in the fast food industry, ironically. Earlier this year the founder of Chick-fil-A passed away at the ripe old age of 93. The Canadian entrepreneur behind Baskin-Robbins, Carl Karcher of Carl’s Junior, and Colonel Sanders of KFC all died at age 90. The founders of Hardee’s, Taco Bell, and even McDonalds all died in their 80s. Meanwhile the average life expectancy in the U.S. in 2012 was 79 years old.

At first I was surprised that these people who seemingly surrounded themselves by greasy fast food could live to be so old. But the more I thought about it the more it made sense. Restaurant owners usually have a solid understanding of nutrition so it would make sense for these entrepreneurs to eat well. And since they are rich they can also afford the best health care in the country. 🙂 I don’t think it’s a coincidence that fast food restaurant owners are wealthy and live long lives. It’s interesting how these moguls can be so passionate about their businesses but not consume their own products. Who knows. Maybe if we invest in these high caloric companies then we can also live long and prosper.

————————————————————————
Random Useless Fact:
The word “billion” (or its relevant translation) is by no means ubiquitous throughout the world; in many countries it means 1 million million, and even Great Britain used this system until 1974.

I was thinking the same thing.. its the money! They are wealthy and that sure helps! xoxoxo

I wish I was wealthy too. I would hire the best personal fitness trainer there is 🙂

Got confused by your title at first, very clever! I’m thinking it definitely has to do with them being able to afford the best care and the best food in their position. 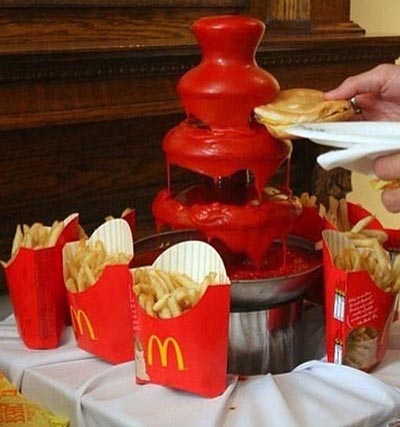 A Big Mac a day keeps the doctor away? Read this: Man loses 56 pounds after eating only McDonald’s for six months http://www.today.com/health/man-loses-56-pounds-after-eating-only-mcdonalds-six-months-2D79329158

I’m surprised he said he’s not a spokesperson or was paid for McDonald’s. If I did that experiment I would at least ask MCD for some compensation just for giving them the publicity. Interesting how this man can spin fast food one way and Morgan Spurlock can be very persuasive the other way. I’m confused which is more scientifically valid lol.

Idont think its the fast food that keeping these guys live longer but that they are working and keeping the brain going. I had McDonalds twice this weekend and I feel like having a stroke lol.

I like some of their newer menu items like the Signature McWraps with grilled chicken. But yeah the older, more greasy stuff like the BigMac doesn’t sit well with me either.

I agree with Asset Grinder… It the brain workouts that most miss… And please don’t confuse stress and a mentally challenging problem as they are 2 different things. And last time I ate Mc.D’s I felt ineffective for at least 4 hrs following the meal… And I can’t remember the last time I ate that KFC stuff, but the smell, oh that glorious smell as you drive by…. ahhh – Cheers.

And, and, and..what’s up with that… Must have been the XL Timmies helping me out there. sorry for that – Cheers.

They probably engineer the smell to be better than the taste on purpose because their goal is more sales, not necessarily more consumption. They are very clever with their marketing. I normally don’t go to any fast food restaurant, but sometimes they would send coupons directly to my mail box. I just received a brochure from A&W. Harder to stay away when the deals are so good lol.